20 years of experience protecting our clients. 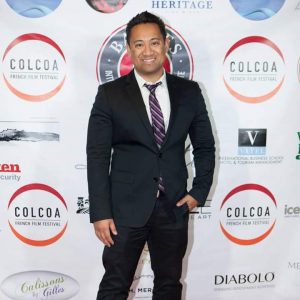 Jaime Salanga founded DRAKEN Security in 2009 with the goal of providing quality security services with his unique vision and approach to the industry.  Prior to starting DRAKEN Security, Jaime provided close protection for several high-profile clients in various industries.

After careful contemplation, Jaime wanted to develop a culture of excellence and accountability where DRAKEN agents and employees would set the highest of standards.  This dedication to personal pride, excellence, and loyalty has allowed DRAKEN to meet and exceed client expectations.

For several years before DRAKEN was founded, Jaime was a college instructor in the subject matters of Criminal Justice, primarily teaching and lecturing students on the current and historical themes of terrorism and  international espionage.  Jaime acquired  knowledge of these fields when he was operational in the FBI.

Jaime is frequently called to be a subject matter expert in the media for celebrity security, terrorism, and intelligence.  Jaime maintain his secret clearance with the United States. 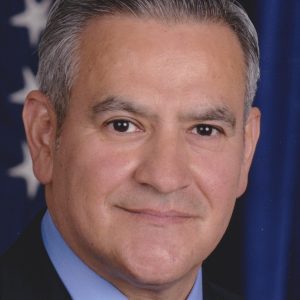 Salvador “Sal” Valdez spent 26 years as an FBI Special Agent. He served as Assistant Special Agent-in-Charge of the Intelligence Division of the Los Angeles Field Office of the FBI. Sal was an integral part of transforming the FBI into an intelligence-driven organization.

Prior to his retirement from the FBI, Sal worked Cyber National Security intrusion matters in the San Diego FBI Field Office and is GIAC certified in Cyber Security. He investigated computer crimes spanning the globe including: denial-of-service attacks, corporate breaches and state-sponsored intrusions. His skills and experience were critical to the indictment of state-security operatives hacking intellectual property of a US-based turbine company.

Sal is an expert on economic espionage and theft of or misappropriation of proprietary/trade secrets. Sal was the Supervisory Special Agent in the FBI’s landmark Chi Mak espionage investigation and Greg Chung economic espionage case. His services have been requested as an expert witness in ongoing National Security Matters.

In 2008 and 2009, Sal was awarded the Director of National Intelligence Meritorious Citation. In 2002, Sal received a Recognition Award for his leadership, guidance, and efforts during the terrorist events of 9/11, from The U.S. Attorney’s Office.

At Draken, Sal expertise in physical and cyber security, incident response, threat assessment and risk mitigation, business continuity planning and private investigations offers assurance to clients that all of their security needs will be handled expeditiously and in a careful and prudent manner. Sal provides confidential guidance to top executives on the most sensitive security matters and teaches his clients best practices in risk governance and security principles.

Before joining the FBI, Sal served proudly in the U.S. Army assigned to the 82nd Airborne Division, Ft Bragg, NC, and was a financial analyst for Hughes Aircraft Company, El Segundo, CA. 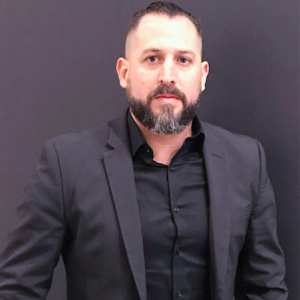 Linkedin Envelope
Biography
Vincent started his career in the US Army with the 10th Mountain Division, spending most of his service there as a scout/sniper and being deployed to Southwest Asia and the Balkans in support of operations such as Desert Fox, Desert Fox, Task Force Eagle and Operation Joint Guard.  He then spent the remainder of his military career with the 40th ID serving as the Operations NCO and Private Security Detail to various military officers and diplomats while deployed CONUS in support of Operation Noble Eagle.
Once he ended his military career of eight years, he continued into his corporate security career as Director of Security for major hotels for over a decade, all the while providing executive protection for diplomats such as the Premiers of the PRC (People’s Republic of China) and Taiwan/TECO (Taipei Economic and Cultural Office) to name a few.  Vincent has worked in liaison with the FBI, Secret Service and Department of State DSS.
In 2013 he joined the Draken team as the Director of Training and has supported the team eventually being promoted to Vice President.  Vincent brings a wide range of expertise and specializes in operations, management and training of Draken Security staff depending on our clients needs. 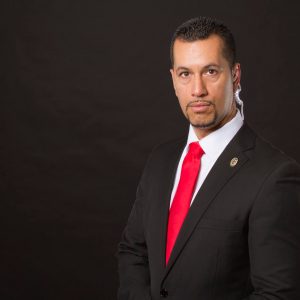 As Draken’s Vice President of Account Operations, he is currently responsible for providing the best customer service experience using his working knowledge of security protocols.  He has developed working relationships with law enforcement from different agencies to ensure that Draken Security Agents provide the best service possible with integrity.

With a background in the entertainment industry, executive protection field, and patrol operations, he has been able to implement his creative and innovative security methods.   Having worked with some of the entertainment industries elite, this enabled him to understand the unique requests of some of Hollywood’s A-Listers and socialites. In addition, his years of experience in estate details, asset protection, threat assessment, executive protection, and mobile patrol details have enabled him to execute a variety of methods and operating procedures successfully.

Jason values customer service relationship between Draken and our clients.   Jason goes above and beyond to ensure customer satisfaction.